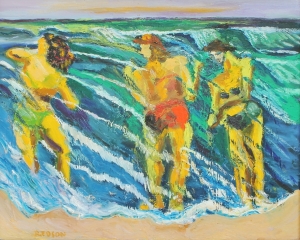 Salt water had long thought to have healing powers. Though early settlers would never have thought to venture into the water, Cape Cod became a summer haven for city dwellers beginning at the end of the 19th century. Improved rail transportation made the towns of the Cape accessible to Bostonians who wanted to escape the summer heat and plunge into the water.